In the Far-East, it is said that a lotus flower wouldn’t be so beautiful had it not grown through murky waters and weeds. The same can be said of the Shri Venkateswara (also known as the Balaji Temple).

Perhaps Birmingham’s very own Taj Mahal, it juts up through the industrial wastelands of Tividale, and on the borders of grey concrete giants of neighbouring towns Tipton and Oldbury. Tucked away behind the hilly side of the Black Country, while large, expansive and imposing it remains hidden from the mainstream radar and skyline which makes a closer inspection all the more impressive. Once onsite, there’s no better place to start than outside.

Rest, take a few moments to relax by the tranquil fountain or take a stroll over the lawns and through the arched, majestic walkways. Built in the 70s, the Balaji Temple fills a gap in the community for the spiritual lives of a large section of Birmingham’s population.

Nestled off a non-descript (and somewhat poverty-stricken) main road, behind dying nettles, brambles and weeds, it’s a vision of all-white architecture, intricately sculpted spires and endless curving steps. Inspired by the busiest and richest religious centre in the world, the Thirupathi in Andhra Pradesh, South India, it’s not necessary to be a Hindu to visit. Though with any religious

site, respect is key – be sure to cover your shoulders, take off your shoes before entering and tow the status quo of peace and quiet inside as the temple go-ers pray. It covers different religions and periods, too.

While largely Hindu, overall, the plan for the site is diverse with strands to major faiths represented. Ergo, a wooden, carved Buddha statue meditates here and a Christian Hill plaque with a quote from the Bible was installed in 2008 by the Archbishop of Canterbury.

The onsite community centre reflects the Buddhist tradition again with its distinctive vaulted horse-shoe roof form. Carved ‘Gopuras’ (towers) frame the East facing temple with ceremonial stairs winding up to the temple’s mouth. In all, the main temple, the shrines and the tower span 450 foot long, and 200 foot wide (the main temple comprising 166 foot long by 111 foot by 55 foot high to the crown).

So, it’s not surprising that this is one of the largest temples for the Balaji deity inside Europe. Visit for the fairy tale architecture – the Balaji Temple really is a flower among the weeds. 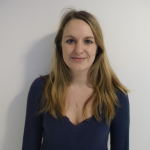 Erica is a freelance journalist, and blogger. She started her career in 1999 as a glamorous fashion assistant at The Daily Telegraph, where she stayed for 2 years. In 2008 she set up “mad to order” fashion service Medfed which uses fashion as a vehicle to challenge mental health stigma. Medfed has since been featured in Vice magazine and The Stafford Post. As a freelancer, Erica's writing has been published in The Independent, Metro, Lancet Psychiatry, Healthy, TNT, Chat it’s fate, the guardian, The Mail on Sunday, Spirit & Destiny, BBC Ouch!, GQ India, Vice, Nylon, Fused, Vogue.co.uk and newsletters from Mind and Time to Change.