Romania – What, no vampires?

Stepping for the first time onto Romanian soil in the capital city of Bucharest was like entering a real life (and bitterly cold) Narnia. With temperatures -24 degrees, there was so much snow and ice that every vehicle on the road sported an icicle border around the car’s body. I’d assumed it was the latest must-have in Romanian car accessories.

Travelling alone as a disabled woman to volunteer for six weeks on an expat magazine in Brașov, deep in the Transylvanian Mountains wasn’t exactly most people’s idea of fun. But I never have been one to follow the status quo. Booking the trip was one of the best impulsive decisions I’ve ever made.

Due to Romania’s turbulent history during the Ceausescu regime, tourists were nonexistent. People tended to wear similar clothes, speak about neutral, mundane things, visit the same places – anything so they didn’t stand out and arouse suspicion from the regime.

So even 30 years on, the novelty of seeing someone non-Romanian still has not worn off. Although it can be disconcerting to be stared at so crudely, it is not seen as rude in Romania. It is more of a curiosity. And oddly, even though a disabled Romanian is usually ignored, a disabled tourist is regarded with awe.

Children in the orphanage I visited were fascinated with my disabilities. They could not believe that not only was I able to travel but that I didn’t live in hospital (or on the street, for that matter). They touched my prosthesis (and were duly impressed with the ivy motifs I have printed on my artificial leg) and wanted to inspect my right hand (which is missing three fingers) as if they were experts in the field.

I was struck with how gentle they were. Even my lack of sight in my right eye fascinated them, although they didn’t quite believe me at first. (“Can you see this, Miss?” they asked, apparently holding up a worn-out teddy near my right eye).

Even as a female traveller I was unusual. Whilst most women in urban Romania work, women’s independence isn’t as widespread as it is elsewhere. So as a disabled woman travelling alone for the most part, I must have come across as quite an oddity.

Once the initial culture shock wore off during my first visit in 2006, I began to see a different side to the country, one not often portrayed by Western media.

It is this side of Romania that still stays with me. It is why I yearn to go back, why I’ve spent hours trawling online to find Romanian restaurants in London, or looking for local shops selling Romanian produce.

It is impossible to sum up in a few words why Romania has such a profound effect on me. Perhaps it’s the relatively undiscovered hidden gems like Brașov or Sighișoara, that anywhere else in Europe would be swamped with coachloads of tourists. Perhaps it’s

the various Romanian customs like the first day of Spring on March 1st, known as Martisorî, where friends and family exchange ‘lucky charms’ and bunches of snowdrops.

Or perhaps it’s the incredible range of food places: cafes, bistros and restaurants serving a huge array of cuisines at incredibly cheap prices (cheap for us Brits, anyway).

Many restaurants often have local folk musicians and dancers clad in traditional costume, so it is always quite an occasion eating out in Romania, and not just for the culinary experience.

Although Romanian cuisine has been highly influenced by other nationalities such as Hungary and Turkey, it is still very much a unique mix of warming stews and soups, stuffed vine leaves or cabbage leaves with rice and mince (known as Sarmale) and polenta-based dishes.

Polenta, made from boiled cornmeal (not as vile as it sounds!) used to be the staple diet for Romanian peasants, often as a bread substitute. Now a delicacy, it can be enjoyed as a side dish with sour cream and cheese.

Meat (particularly pork) is essential to the Romanian diet so vegetarians aren’t catered for particularly well. And fruit addicts beware: because fruit is so expensive in Romania it can be hard to come by, especially in remoter areas.

I returned to Romania with my partner in the summer of 2010 to spend a week in the chaotic capital city of Bucharest and a week in beautiful Brașov. But it was Brașov I was excited about returning to. Brașov (pronounced Bra-shov) in Transylvania, nestled at the foot of the Carpathian Mountains, is three-hour train journey from Bucharest.

The train journey on the latter part of the line, once you have moved away from architectural legacy of Communism near the capital city, is spectacular – you travel right through mist-shrouded mountains.

A Saxon settlement dating back to the 1200s, it is much the same today as it was then, albeit a mish-mash of incredible buildings from different periods of time. It’s a historian’s paradise, especially in the old town, where modern buildings are few and far between.

Miraculously, much of Brașov seems to have survived the Ceausescu regime relatively unscathed. In the summer, Brașov’s popular piazza, Piața Sfatului and its neighbouring pedestrian streets are alive with cafes and bars spilling out onto the cobbles.

Even in the depths of winter, when you have to trudge knee-deep in snow, the cafes are still open (although there is no outside seating). You can sample some of Romania’s most popular tea, ceai de fructure (Fruit tea) or treat yourself to some scandalously luxurious ciocolata calda (hot chocolate).

Piața Sfatului, with its fountain and town hall can be easily located miles above from the area’s cable car which takes visitors up Mount Tampa. Views of Brașov and the surrounding areas are spectacular, and you can even climb behind the famous Brașov lettering that shines proudly from the mountainside in a Hollywood mimic.

Brașov itself is home to several unique attractions such as the two watch towers, Turnul Negru – black tower – and Turnul Alb – white tower – as well as the first Romanian school. It is also home to one of Europe’s narrowest streets, Strada Sforii which at 111cm wide, makes for a bit of a squeeze.

Although there is enough in Brașov to keep you here for many a week, attractions in the surrounding areas (including the famous Bran Castle, reputed – wrongly – to be the home of Vlad the Impaler) are well worth a visit, but beware that there is often no wheelchair access in these places.

And unless you fancy crawling up (or if you’re me, slipping down) an icy slope with no railings, don’t visit Bran Castle in winter, although the lack of tourists in the cold season means you have the castle more-or-less to yourself.

Visiting one of the 300 Saxon fortified churches in Transylvania is a must. Out of the three I visited (Harman, Codlea and Prejmer) it was Prejmer, north east of Brașov, which is arguably the most incredible.

First built in the 13th century and added to during the 15th and 16th centuries, Prejmer Fortified Church, complete with portcullis is a complex maze of interconnected rooms surrounding the church itself. During a siege, the entire village took refuge in these rooms, which included food stores and a school room. A 30-metre secret tunnel, with tiny windows to observe the enemy, runs around the inside of the rooms.

As strange as it may sound, Prejmer summed up my various experiences of Romania with its amazing structure unlike any other, and then the surprise discovery of the secret tunnel which added another dimension to the experience all over again.

Romania is full of surprises. It’s not a predictable country. You have to accept it at face value. And maybe that’s the beauty of it, accepting for instance that in Bucharest they understand what you mean when you ask for a kettle in your room, whereas in Brașov, the word ‘kettle’ in either Romanian or English is met with blank stares. But kettle or not, I can’t wait to return.

How to get there:

Arrive at Bucharest Otopeni Airport and take a taxi to the main train station (Gara de Nord). The train journey to Brașov takes around three hours and goes through spectacular scenery.

Corona Café Brașov, at the front of a small, classy but very reasonably priced shopping mall. You can order from their vast range of hot drinks, while looking out from the arched windows at the beautiful Piața Sfatului below.

Festival 39 Brașov, an eccentrically decorated bar on the main high street, with a 1920s theme, boasting spiral staircases, candles mounted on carved body parts and figurines and an impressive array of black and white photographs mounted on brick walls.

Sighișoara, north west of Brașov. Several hours train journey from Brașov, Sighișoara’s medieval citadel was the alleged birthplace of Vlad the Impaler. Unspoilt cobbled streets, tiny lanes, a castle and looming towers make for an unforgettable visit, even if the numerous references to Dracula are a little tacky at times.

Warning: Taxis often charge over the odds to unsuspecting tourists. Always go with taxis charging no more than 1.40 – 1.70 lei per km (prices are written on the door) and always ask the driver to switch the meter on!

This article was originally published in Disability Now in 2011. 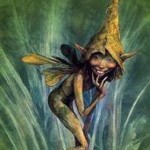 I’m an NCTJ-qualified journalist and I’ve written for a diverse range of publications from Psychologies Magazine to Post, C&IT to Pet Focus, Economia to Access and HR Magazine to Positive News. During summer 2011, I was one of the regional reviewers for the 2012 Rough Guide to Accessible Britain. I was born with what, at the time, was an undiagnosed congenital syndrome. But following DNA testing in 2012 thanks to the 2007 discovery of a correlating gene mutation, I was finally diagnosed with Goltz Syndrome – or Focal Dermal Hypoplasia – a congenital disability characterised by skeletal deformities, facial asymmetry and microphthalmia of one eye.

Is Ibiza a place to party or put your feet up?