Following new research by Helping Hands Home Care, which shows 58% of those affected believe travel companies have become more understanding of those with accessibility issues, spa agency Spabreaks.com has praised the spa industry for its part in this change and believes that the improvements have raised awareness and interest in accessible spas.

Abi Wright, founder of Spabreaks.com, said, “With almost half (49%) of those with accessibility issues saying that they go on holiday to improve their health and wellbeing, the fact that the spa venues across the UK and further afield have recently made significant investments in facilities that cater to disabled travellers and education amongst staff has evidently had a huge impact.

“Over the past year at Spabreaks.com, we have seen a 17% increase in searches for accessible spas, which shows not only a growing demand in the sector, but also a growing awareness that spas are able to cater for all kinds of specific needs.

“Looking after our health and wellbeing is vitally important but when we started Spabreaks.com in 2008, we found that many spa venues refused to serve those with physical disabilities or medical problems.

“We have seen a 17% increase in searches for accessible spas, which shows not only a growing demand in the sector, but also a growing awareness.”
– Abi Wright, founder of Spabreaks.com

“Since then, we have made it our mission to offer ‘Spa for All’, regardless of physical or medical requirements and have worked tirelessly to introduce the concept to our spa partners. It is so exciting to see that the fruits of this labour are now being recognised by spa-goers themselves.”

Spabreaks.com works with spas, both in the UK and abroad, that can provide a specialist wellness experience for those with disabilities. Spabreaks.com’s dedicated spa experts speak to each customer extensively in order to understand their specific requirements and to tailor-make a unique spa package, just for them. 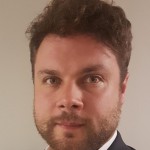 Bucharest hotels for all tastes (and budgets)